THE SLEEPER UNDER THE HILL
MAIN CHARACTERS/ROLES 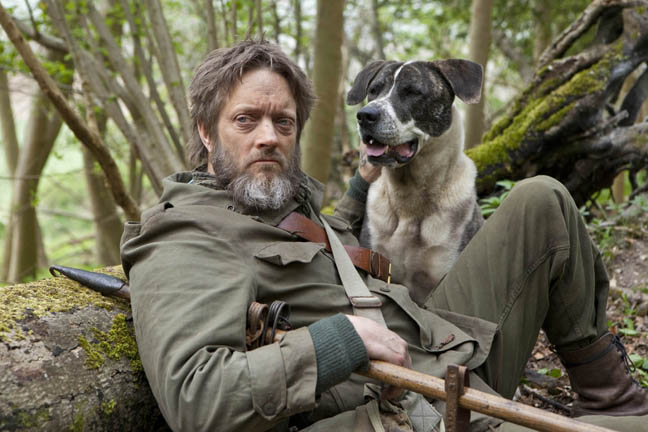 
ALEX PRESTON - Justin Shevlin
A city man turned farmer, keen to run Crowcall Farm as a modern business and willing to capitalise it with the latest machinery. He's happy to further his own needs in the face of local opposition.

ELEANOR PRESTON - Claudia Harrison
Eleanor is attractive, urban, strong-minded and likes money. Her marriage to Alex is effectively over. She has been having an affair and doesn't have much of a conscience about it. She likes to get what she wants.

AIDAN HARDY - Noah Huntley
Eleanor's fencing coach, whose lifestyle far exceeds his income so he's deeply in debt. Eleanor has bailed him out a couple of times, which makes things complicated.

SGT. TREVOR GIBSON - Lee Ross
Trevor has been a policeman for 15 years and people like him. He's amiable, good company and a strong supporter of local charity.

EZRA CANNING - Alan Williams
Ezra is a member of the Order of Mesopagan Druids. He runs a successful, if traditional, farm and is no fool, despite his odd lifestyle. He has never married.

LETICIAN CLIFFOR - Susan Brown
Leticia is part of the Druid Order but there's nothing airy-fairy about her beliefs. She prefers the spiritual to the material and believes she's on the road to enlightenment.

CARADOC SINGER - Robert Pugh
Caradoc retired to Midsomer Mow from London 10 years ago. He's widely read, deeply cultured and has a keen interest in local history. He lives frugally and is considered a bit of a miser.

EVAN JAGO - Richard Leaf
Midsomer Mow born and bred, Evan is a poacher and petty thief. Despite his quickness to anger and surly manner, like many poachers he's basically a conservationist.

ERIC - Colin Tarrant
The barman at The Barley Mow.

BACK TO MAIN EPISODE PAGE